The Most Amazing Places to Welcome in Chinese New Year 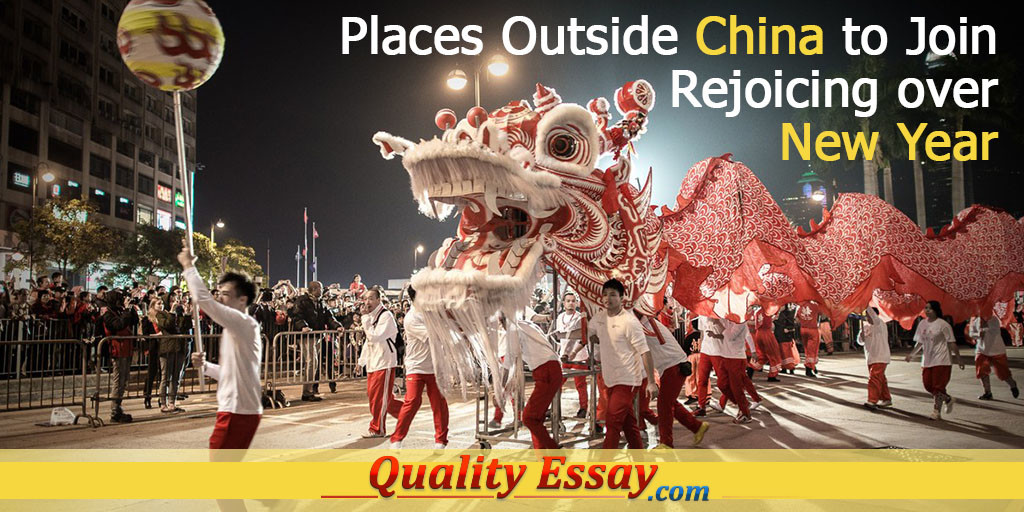 Chinese New Year is the topic of the hour these days, considering the fact that on January 28, according to the Lunar calendar, the year of Rooster will begin its rule. It is going to be the most fascinating holiday in China, full of bright performances, firework shows, and delicious food. However, this holiday is not only celebrated in the country but, thanks to numerous Chinese communities around the globe, also outside it. So if you are eager to relish the fabulous celebrations of Chinese New Year, try one of these places. and you won’t be disappointed.

The small city-state in Southeast Asia with the population comprised mostly of Chinese, Indian, and Malaysian joins in ringing in Chinese New Year. Thanks to the diversity of ethnic groups, there is the beautiful merging of traditions, the old ones and modern ones. The most amazing part of the celebration is the Chingay Parade which is one of the largest in Asia. This parade offers you much more than just famous Dancing Dragon performances and firework displays. Street artists’ performances, magic shows, dancing parties won’t let anyone get bored.

Australians enjoy this New Year not less than Chinese people. This is one of the biggest holidays in the country which took over all the attributes of proper celebrations from China, but also added the new modern charm to it. The long-awaited event of the day is the Twilight Parade which impresses with the breathtaking light shows, flamboyant floats, colorful performances, numerous martial arts demonstrations, and the explosions of music, singing, and dancing.

New York boasts its ethnic diversity which allows this city to fully embrace the celebration of Chinese New Year. This city offers something more traditional like various walking tours in Chinatown or the Chinese New Year Concert performed by the world-class musicians. However, this is also the place for more lively celebrations which usually starts with the Firecracker Ceremony in Manhattan. That’s where all the dancing lions and dragons, all the mesmerizing floats, marching dance troops, and music bands start their parade to the Chinatown. It might be the best place for ringing in New Year.

Chinese New Year allows gloomy and prudent London indulge into joyful festivity. Being known for holding the world’s largest celebration of Chinese New Year, London provides the guests with the amazing festival, full of various performances, captivating parades, and numerous stalls with scrumptious food or traditional crafts. The city offers different variations of ringing in New Year, set in Trafalgar Square, Chinatown, and Shaftesbury Avenue, so just choose one which will be more appealing to you and enjoy the celebration!

For sure, there are more places in the world where you can feel the genuine spirit and excitement of Chinese New Year, but wherever you go, you won’t regret as this holiday will overwhelm you with the amusement, idleness, and the real taste of life.

Want to Know How to Write a Movie Review? We Can Help You!
Refer your friend
to our service and get 10% from every order
x
Chat with Support